No matter who we are, or what line of work we have chosen, we have all – at one time or another – screwed up on the job. Some mistakes are embarrassingly harmless (like my colleague who hiccupped during a client conference call and ended it with, “OK, love you.”), but other mistakes can be costly – to our companies, our careers, and our reputation. For every mortified person who has stumbled on a conference call, there’s another person whose slip up has actually lost a customer, caused injury, or impacted profitability. Do we attribute these errors to ‘poor employee’ performance? Or can we draw a correlation between error rates and ineffective/lack of employee training. To help answer my question, I interviewed a few individuals, and asked them to share some of their most memorable on-the-job mistakes, and their lessons learned. 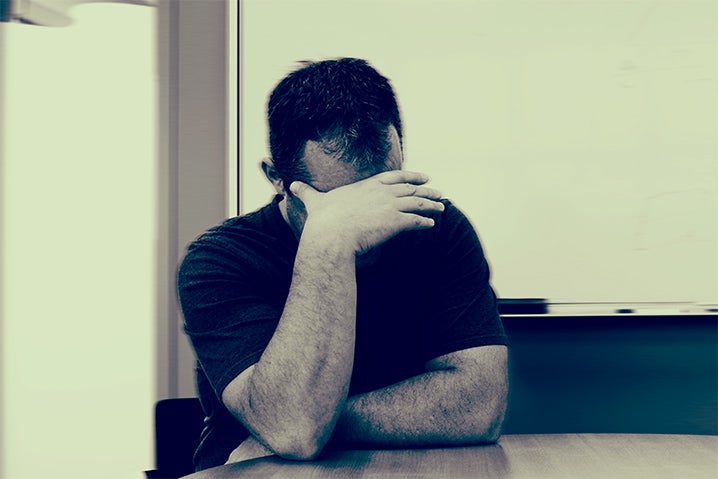 Do you remember a time you made an error on-the-job?

My first full-time job was waitressing at a national restaurant chain, and my first shift fell on a beautiful, sunny Saturday—the restaurant was packed. I remember taking the order of one customer who, when I delivered his food, was unhappy his entree and requested a new order. I brought the request to the kitchen who fashioned a new plate, which I then redelivered. Still unsatisfied, the customer lost his temper and started yelling at me. My supervisor interjected, and in an attempt to sooth the situation, assured the customer that his meal would be comp’d, which appeased him. At the end of my shift, the owner disagreed with my Supervisors decision to let the customer leave without paying (it equated to stealing). My Supervisor was put on performance probation and the cost of the meal was subtracted from my pay.

Lesson Learned: Despite my Supervisors best intentions, her on-the-job instincts did not align with official corporate policy. As a new employee, the experience was very stressful, confusing and ultimately tainted my perception of the company. Had my supervisor understood the correct policy and subsequent procedure, this lesson would have been learned by observing how an informed role model would act, rather than with the negative connotation that I still associate with that company to this day. Consistent training for both management and employees, and regular evaluation of each employee’s knowledge level is essential in ensuring that these kinds of unfortunate situations are avoided.

Lauren worked for a large insurance company in the customer service dept. She often fielded inquiries about approved levels of personal coverage for various life scenarios. She was also measured on number of successful one-call resolutions (the goal being higher customer satisfaction, and improved call efficiency). One day a client called in asking about international health & accidental injury coverage for an upcoming adventure in Morocco. “The international polices were located in a different system, which didn’t cross-reference with the standard coverage policies I was familiar with. Still, I felt immense pressure to complete the inquiry in one-call, as there was a hard push from management to reduce call time.”
Unsure of all the details, but motivated to resolve the inquiry under the one-call resolution mandate, Lauren made what she thought was an informed decision and assured the customer that they were covered to the tune of $90,000. Well, that client, who wasn’t covered for accidental injury in Morocco, fell off a camel during a guided dessert trek and broke her leg. Lauren lost her job, and the insurance company had to absorb the exorbitant cost of the error.

Lesson Learned: You can’t develop training for every single scenario that might present itself
—sometimes people just fall off camels in the desert. However, you can train your employees to confidently know when it’s ok to deviate from their official mandate, who to contact, or how to react whenever there’s any uncertainty in knowing the “right thing” to do.

Geoff handled email and promotional communications for a major pharmaceutical company. He recalled the how their email system was far from intuitive. “You selected the ID number of a campaign out of the database, and the entire thing keyed off of that tiny number. But, you had to retype that number into about a dozen fields to get everything right. The system didn’t cross-reference input fields to make sure that all the numbers matched.” On one occasion, Geoff had to send out emails for item ‘48’, and typed the code in correctly everywhere, except for the statement that would pull the recipient list together. There, he typed in ‘49’. The end result? A correctly formatted, timely, relevant email communication about a new drug was emailed out…to their direct competitor list. About 400 sales reps at the wrong company got information they shouldn’t have had. It was a MAJOR breach of security. “Needless to say, shortly after, I was permanently reassigned.”

Lesson Learned: Initial training at the Pharma Company required that a second pair of eyes review all communications before being externally delivered. While this procedure was initially followed, over time, this step was frequently skipped due to timeline pressures, as well as Geoff’s increased confidence and consistent high-performance ratings. The lesson here is that even the best employees can, and will, make mistakes if training is not consistently and effectively reinforced.

Do you remember a time you made an error on-the-job? A time when you were confronted with a situation that you were unprepared for or weren’t trained to handle? How could your organization have better prepared you for success? Share your on-the-job lessons in the comments below!