In its 91 year history, Toronto’s iconic Fairmont Royal York hotel has never closed its doors—and this year is no exception. Like so many others, their business has been rocked by the pandemic. But they’ve stayed open, first providing a respite for weary healthcare workers between shifts, then pro hockey players between playoff games, before finally reopening to the public. 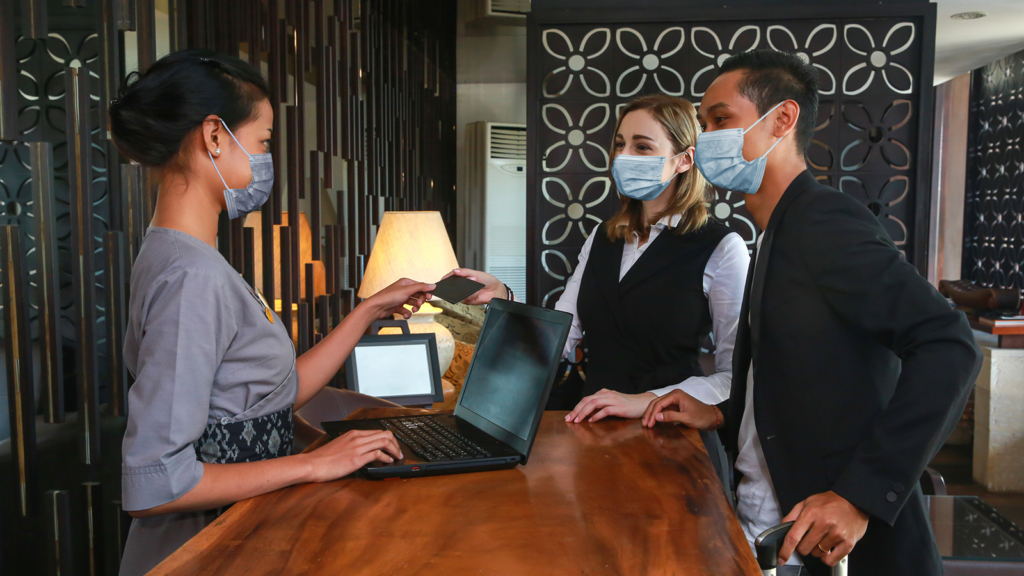 In the process, they’ve pivoted, tested and adjusted their way to a new way of operating—one that prioritizes health and safety without sacrificing their stand-out guest experience.

Keeping their frontline engaged and ready for anything has been key to their success. Edwin Frizzell, the Royal York’s General Manager and Regional Vice President of Accor Hotels Central Canada, takes us through the journey of the past eight months, sharing lessons learned from leading a large frontline team through disruption.

From peak season to pandemic shutdown

In early March, the Fairmont Royal York was at its peak. Just coming off the largest convention of the season, all rooms and meeting spaces were at full capacity. But as the full scope of the pandemic became clear, things changed on a dime. Within 72 hours, the hotel was down to zero guests.

“We landed the plane,” Frizzell says, of that intense weekend spent helping guests get home safely as lockdown orders began to take effect. They were then faced with the difficult choice to furlough the majority of their 1,300-strong frontline team. But out of sight did not mean out of mind for this frontline-focused organization.

“We put people at the heart of what we do,” says Frizzell. “If we don’t take care of them, we have no way of taking care of our guests or other stakeholders.”

While the hotel halls were quiet, virtual communication channels were anything but. The leadership team was determined to keep their frontline staff engaged throughout the furlough period.

“Engagement is the number one priority for our organization,” says Frizzell. “As a leadership team here at the hotel, we fundamentally believe this. Our decision-making lens is: what is the impact on our team?”

They provided an internal online environment for staff to stay in touch, and Frizzell hosted bi-weekly virtual town halls to share updates on the business and stay connected. But the conversations weren’t just about the business. They also had an open dialogue about mental and emotional wellbeing.

Hear our full conversation with Edwin Frizzell at AxoniCom LIVE.

During the Second World War, the Royal York served as a temporary hospital for returning troops. Continuing in that tradition, they opened their doors this spring to doctors and nurses from nearby hospitals for the RestSafe program. All told, they offered over 10,000 complimentary room nights to healthcare workers, providing a place to rest between shifts or isolate away from vulnerable family members.

This program also gave the Royal York the chance to find their footing in the new pandemic environment. They worked closely with healthcare partners to establish the proper protocols for safe operation. Their frontline staff also had to adjust to the challenges of delivering great customer service in an unfamiliar context.

“We’ve gotten great feedback on the care our team is taking, not just in terms of safety but also in the way they put their hearts out there. Standing behind a plexiglass shield, with a mask and gloves on—that’s not an interaction we’re used to having in the hotel space. We’re used to being very personal, shaking hands. And we can’t do that today,” says Frizzell. “We are finding new ways to make those human connections. I think that’s what’s going to help get us through this—as a company, as an industry and frankly as humanity.”

From healthcare workers to hockey pros

The Royal York came to life again in August as the home of the NHL bubble for the Eastern conference. For nearly a month, they hosted and fed players, coaches and NHL staff. This provided another ideal opportunity to test the waters before fully reopening to the public.

It also brought new logistical challenges. For example, every day, each staff member had to take a COVID-19 test, check in via a health screening app and take their temperature. All this data fed into a central system.

“If you had said to me a year ago that I was going to have an app that our 1,000 colleagues would use every day as a checkpoint before moving forward, I would have said pretty aggressively, ‘that’s not going to happen,’” says Frizzell. “In 2020, we made that happen with about seven days notice. We trained everyone on the technology, implemented it and executed it for 30 days without issue.”

While technology will never replace the human connections at the heart of hospitality, Frizzell predicts this will be a watershed moment: “I think, moving forward, we’ll see a renewed focus on integrating technology into the hotel environment.”

Bringing the public back to the Royal York

The hotel is once again welcoming the public, with new procedures and policies in place. But operating during an ongoing pandemic continues to require creativity and agility.

For example, at one point provincial reopening rules permitted only outdoor dining—but the Royal York didn’t have an existing outdoor dining space to work with. This didn’t stop the food and beverage team, who gathered a group of colleagues to brainstorm. Seven days later, they launched a 175-square foot, floral-filled European-style terrace that was quickly dubbed “Toronto dreamiest outdoor dining experience.”

The key, according to Frizzell, is involving the people on the ground in the solutions. “People support what they help create. I would encourage my counterparts to continue to enlist the team around them.”

At the end of the day, there’s no one-size-fits-all plan for pandemic recovery. It’s a continuous process of testing, learning and adapting.

“We have to take those baby steps and have the confidence and courage to say ‘Let’s move forward. Let’s give this a try.’”

Connect with your frontline and keep them moving in the same direction—wherever they are.

Watch a demo Speak to an Expert