How do you stay on top in a transforming industry? According to MOL Group, you innovate and educate.

With the rise in usage of electric cars and ride sharing services, and changing customer demands, all signs point to the massive transformation of traditional fuel retail. How does the future of service stations look like? If you ask MOL, the future will be fresh, digital, with full of innovations and it’s just around the corner. 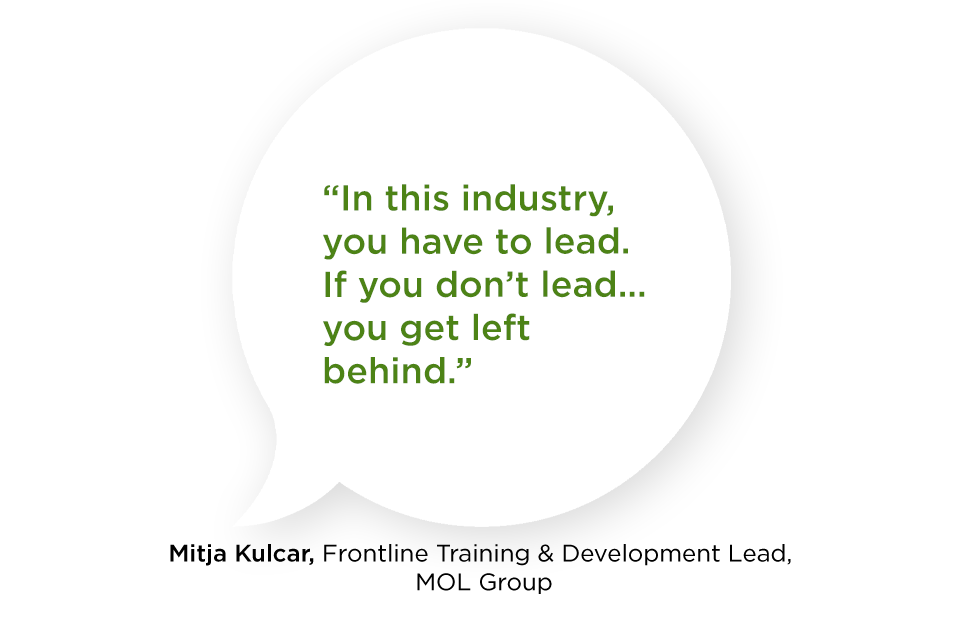 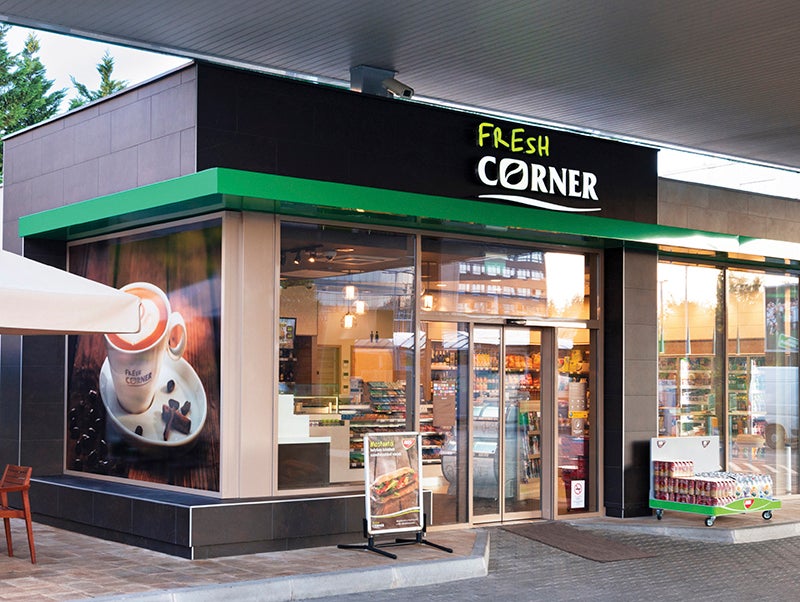 There’s no doubt about it. Fuel retail is changing.

When MOL Group saw that new customer habits and technological developments were transforming business and consumer demand, they knew they needed to transform too. They decided to extend their offering and become a broader goods and services provider so they could take part in (and ultimately, lead) the reinvention of the transportation environment. As fuel retail market leader in 4 CEE countries MOL Group knows a thing or two about leading.

A fresh take on fueling up

MOL Group 2030—Enter Tomorrow is a three-part strategy designed to help the company evolve and thrive in changing conditions. Part of this strategy is to transform the retail segment from a traditional fuel retailer into a consumer services provider. And they plan on doing that with Fresh Corner sites, a new retail concept with a wide range of products and services—from first-class gastro offers and hand-crafted coffees to dog washing stations, mobility services (like car and bike sharing) and even business lounges.

But reinventing yourself from a traditional fuel retailer to a customer-focused, full-service Fresh Corner station doesn’t just happen overnight. It takes a lot of planning and—perhaps most importantly—training to transform frontline employees into customer-wowing hosts.

To support this effort, the Retail Sales & Operations team, led by Gábor Mozga (Head of Group Sales & Operation) and Mitja Kulcar (Frontline Training & Development Lead), had to find a faster and more effective way to engage and train more than 15,000 frontline hosts in almost 2,000 stations across nine countries in seven languages.

Kulcar explains, “Our day-to-day operation has become much more complex. We have to continuously engage our hosts and provide them with the tools, training and communications they need to execute on our strategy, so they can keep pace with ever-changing consumer and business demands. And we need to be able to do this at scale.”

Developing and delivering training programs for the frontline was nothing new for the team. They’d done it successfully many times over the years. So they knew it could take up to 18 months to train a single market using face-to-face methods. Considering they’d have to do this across all nine markets and within the company’s ambitious timeline, it was apparent their existing approach wouldn’t cut it. They’d need to try something different. They’d need to innovate. 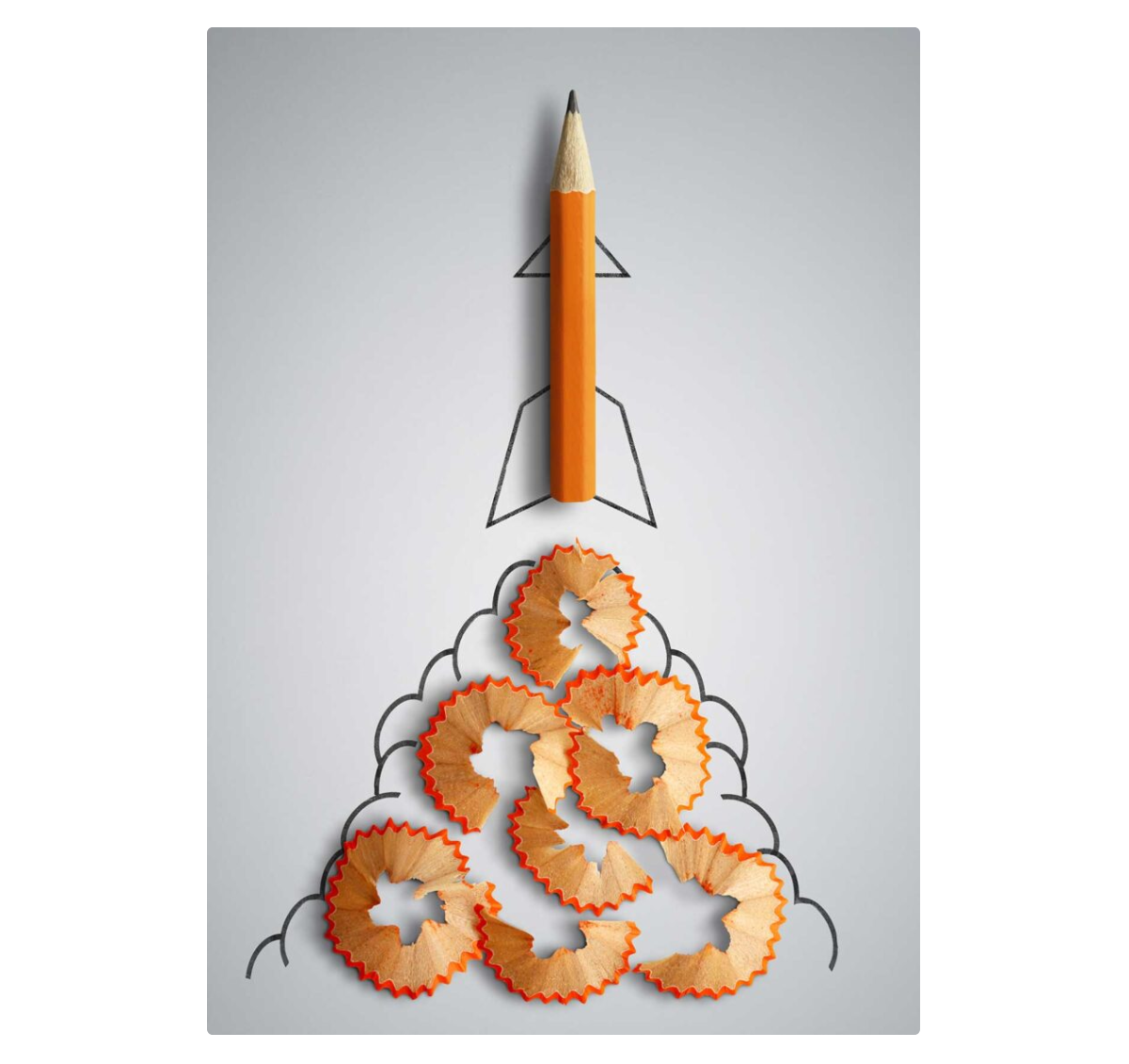 “Innovation is seeing what everybody has seen and thinking what nobody has thought.”
DR. ALBERT SZENT–GYÖRGYI 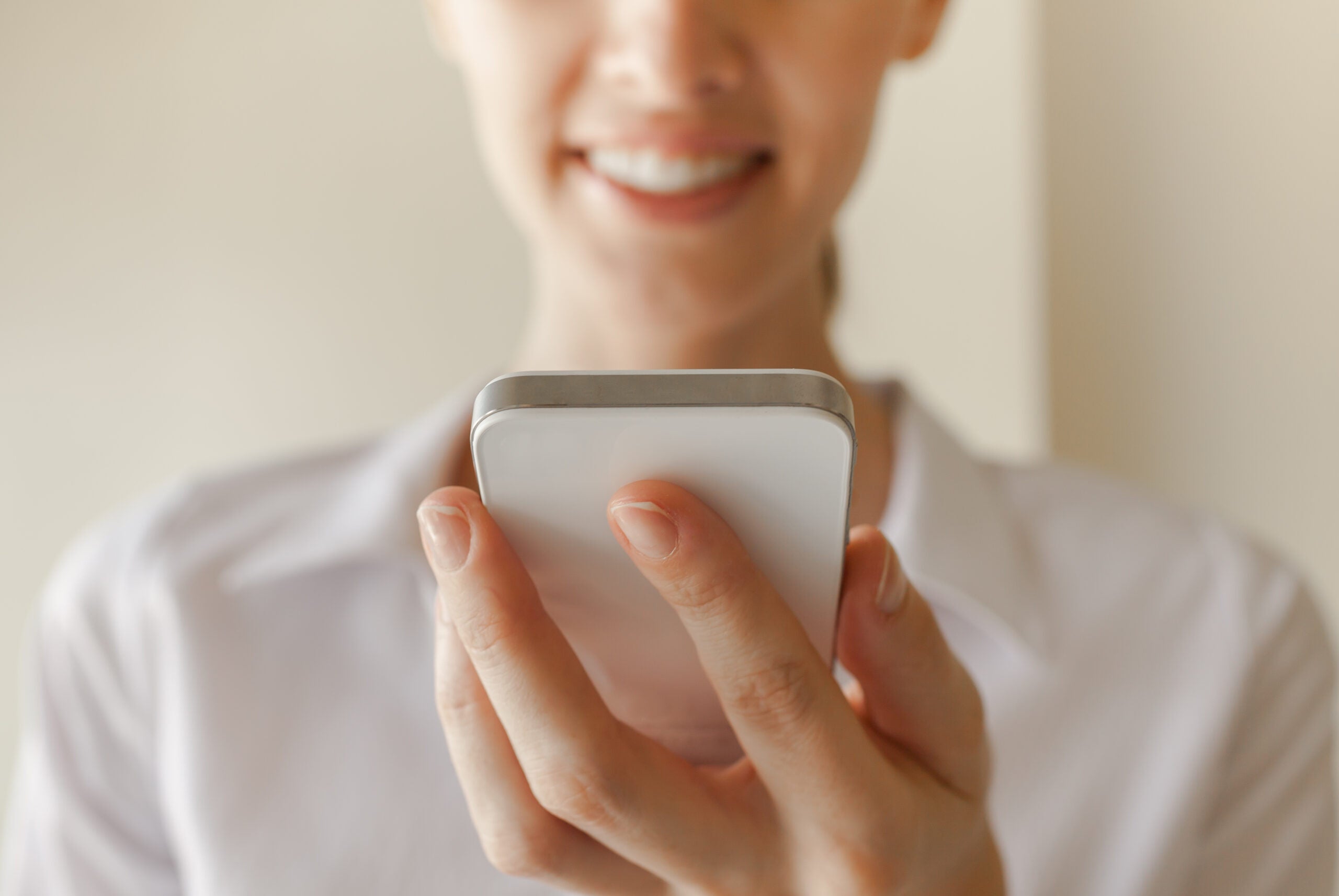 The key to the future: innovate and educate

MOL Group strongly believes innovation and training and education are key to the company’s future. This belief was reflected in the Retail Sales & Operations team’s decision to adopt an innovative new digital approach to frontline training and education. It was an approach that would increase agility, scale and speed while supporting each employee’s individual performance needs so they could deliver the best customer experience possible.

Initially, when exploring how to digitalize training and communications and bring it directly to the frontline, the team assumed most hosts would prefer to access training using the station’s devices, such as back-office computers, station tablets or POS terminals. After some digging, they learned hosts were already using personal devices for work purposes (e.g. to communicate with colleagues, share daily updates and schedules, etc.). It became clear that, with the right learning technology and the introduction of a Bring Your Own Device (BYOD) policy, they could leverage their existing infrastructure to create a digital, user-driven, on-demand training experience that supported real-time communications. And that’s when they turned to Axonify, a modern training and communications solution specifically built to fit seamlessly into the unique way busy, deskless frontline employees actually work.

Now that they had the tools they needed to digitalize “eSMILE,” their training and communications experience, they were ready to pilot the program in their first market, Slovenia. The pilot exceeded all expectations. It was such a huge success that the team decided it would serve as a template for the remaining markets. At least, that was the plan. But then the unexpected happened.

“Going digital was a no-brainer. Especially given the potentially overwhelming amount of knowledge and skills our hosts would need to successfully execute the company’s new strategy.”
MITJA KULCAR, RETAIL CAPABILITY DEVELOPMENT SENIOR EXPERT

Usually, a technology launch goes something like this: Plan. Pilot. Tweak. Repeat. The Retail Operations team knew they would come up against the occasional obstacle. After all, you can’t operate in multiple countries and not expect to encounter a few complications (like different standards, regulations, and even languages from region to region). What they didn’t know was they were going to have to deal with a worldwide pandemic that would prevent travel and in-person meetings between Kulcar and MOL’s regional trainers— two pivotal components in the success of the pilot in Slovenia just a few months earlier.

As retailers shuttered their doors or scaled back operations, MOL Group’s service stations stayed open. Suddenly, their hosts became essential workers. Kulcar and Mozga understood the stressful and potentially unsafe position this put employees in. They knew hosts would need real-time updates, access to the latest pandemic information and daily training on new policies and procedures.

Where many would have pumped the brakes, the team boldly pressed on and, in a display of agility and ingenuity, pivoted from the in-person rollout that had been so successful in Slovenia to a completely virtual one. And they were going to test out the new plan in their largest market: Hungary. 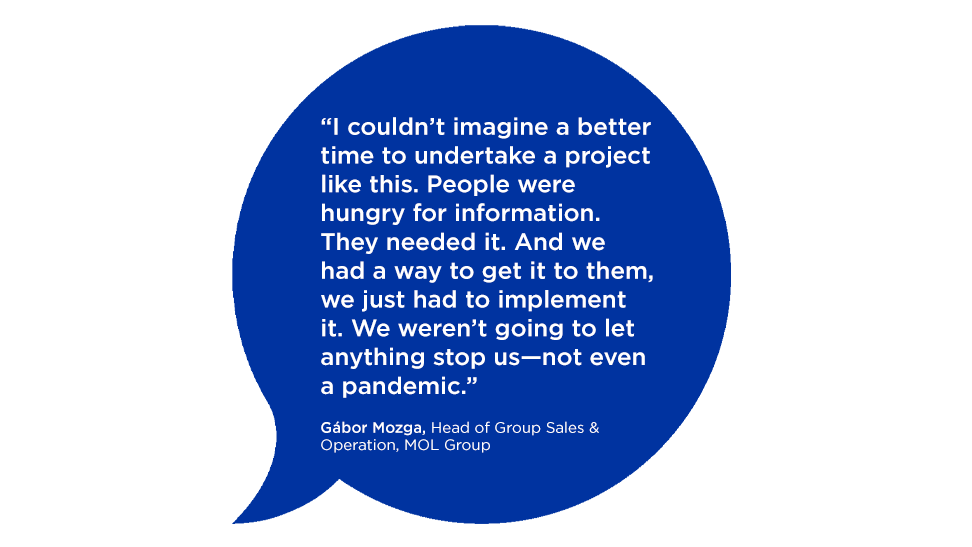 When asked why they picked the toughest market during the toughest of times, Mozga reflects, “We saw this as the ultimate stress test. If we could successfully launch a sophisticated program using the simplest of methods—especially in our toughest market—then it’d be proof that we could launch anywhere in almost any situation. It was a trial by fire.”

And it worked. So well, in fact, that Hungary became the new template for success. The team adapted the newly minted process for each of the remaining eight markets and completed the rollout of eSMILE to more than 15,000 hosts in a blazing-fast three months.

While the circumstances weren’t ideal, the timing was perfect. Rather than relying on store managers to communicate important notices and updates to hosts, corporate can now deliver critical training materials, much-needed support and important messages that keep hosts in the loop, connected and, above all, safe. As for the BYOD policy, it’s proving to be a smart call. 88% of hosts access eSMILE on personal devices, which has been especially helpful during the coronavirus pandemic, where high-contact surfaces (like a shared station devices) can pose a potential threat. 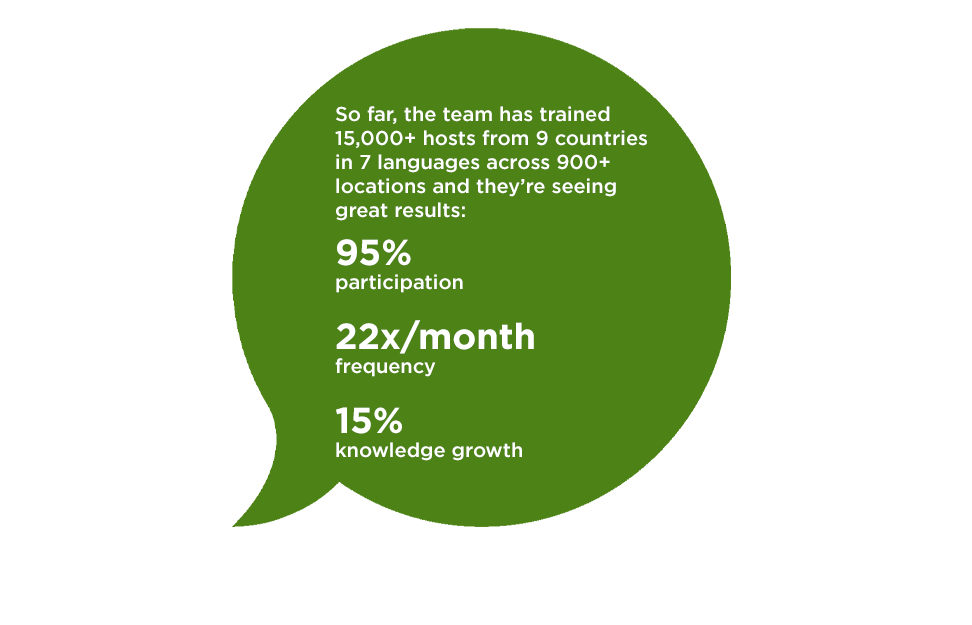 With more than 900 (of a planned 1,250) locations currently open, Fresh Corner currently outnumbers both Starbucks and McDonalds locations in the region, making MOL Group the biggest coffee retailing chain in Central Europe.

Kulcar and Mozga believe one of the contributing factors to the concept’s success is eSMILE. Mozga explains, “What sets our Fresh Corner stations apart from traditional fuel stations is the quality and variety of consumer services. And that comes down to our hosts. They’re the foundation. It’s our job to give them the support they need—from the tools to the training, communications and resources—to deliver the best service and create the kinds of experiences that make each and every customer smile when they’re on the move. Fundamentally, that’s the purpose of eSMILE.” 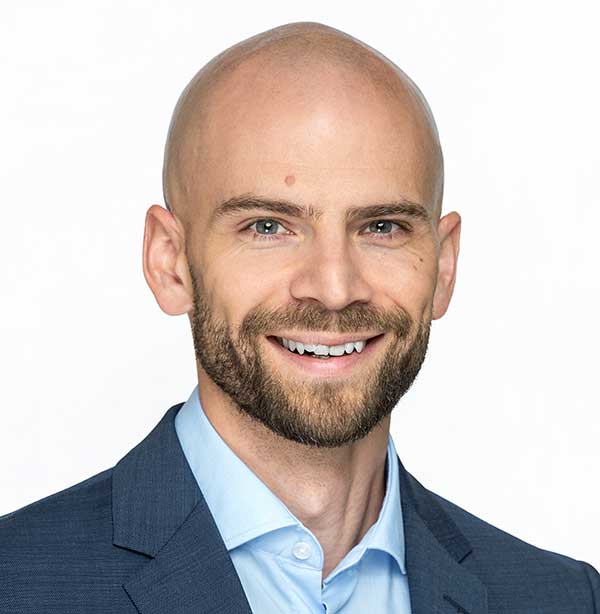 “I think what we’re doing at MOL Group is proof that it’s less of an end [of an era for fuel retailers] and more of an evolution. But whatever the future holds, I know smiles will continue to play an important role.”
MITJA KULCAR, RETAIL CAPABILITY DEVELOPMENT SENIOR EXPERT
Schedule a call